And this, friends, is what we call a MOST excellent (and unintentionally so) SPN prompt:

Lot of traffic in this ghosttown

Okay, so like, I have the reference for why this Tweet came back up today. But it's one of those moments where I genuinely cannot tell if this is intended as a Supernatural reference, if it's intended as original material, or if there's some additional cultural reference that SPN was itself referencing that I don't know. I guess I'm just like, CLEARLY IN MY MIND THIS IS A 9x14 REFERENCE but I also cannot imagine a universe where a normal civilian person would ever pull out some deep-cut Supernatural material for a Tweet. I feel like "intended as original material" is the most likely path here, but for posterity I'd like to note that it is physically impossible for me to read this Tweet outside the context of 9x14 and that will probably be true for the rest of my life.

nasa employee: oh hey u guys are back early

astronaut: *loading a pistol and getting back on the rocket-ship* moon's haunted

NASCAR's complete obsession with this engine call will never be hilarious and heart-warming to meeeeeeeee. Like I say every time, because I cannot state this enough, this not normal behavior. Engine calls are meant to be ephemeral, vanishing into the ether after their utterance. BUT NOT THIS ONE.

Like when @JensenAckles made us all tingly when he took control of the command to start engines at @KansasSpeedway last year. #NASCARPlayoffs pic.twitter.com/HEIrRlEmM0

At least since we're back at Kansas, this reprise makes sense. The other 8 in the last year? UHHHHH. XDDDD Look, an astronaut gave an engine call from the International Space Station this year, and they didn't even replay that.

NASCAR is racing at COTA in Austin next season, just sayin'...

So, Michigan got the memo that new eps are airing! On today's installment of "S15 Except the Entire Season is Set in Michigan," Black Dog...chimera...Jefferson Starship...dingo ate my baby crazy? 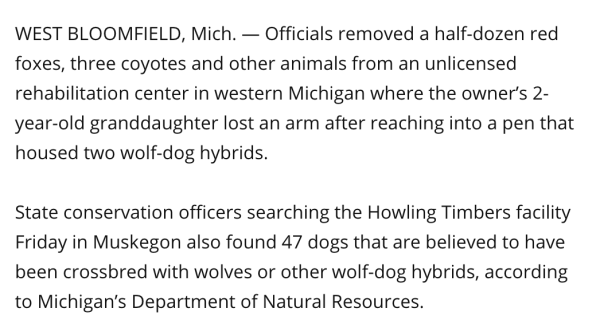 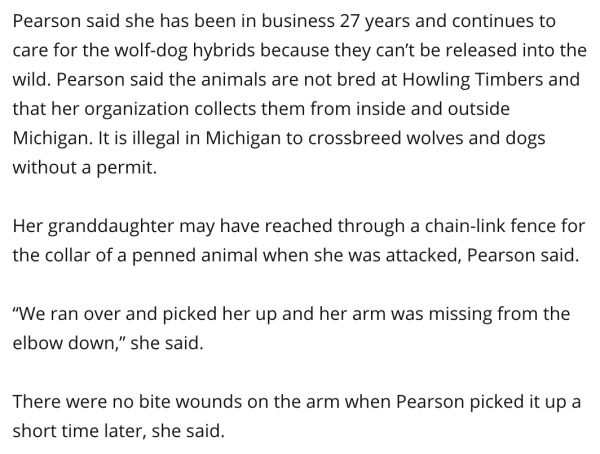 Oh my goddddddd everything is chaos everything is just work and more work and more work and catastrophe and being deeply deprived of my fundamental humanity and the needs associated with this condition, so I'm caught in between "WOW I DON'T HAVE TIME FOR THIS SHIIIIIIT" and deeply wanting to clear my schedule for absolutely nothing but SPN because these last 7 episodes are a sequence I will never, ever get back.

Spending time with you is just so genuinely and singularly pleasurable, my beautiful grown-up baby Show. <33333333333333 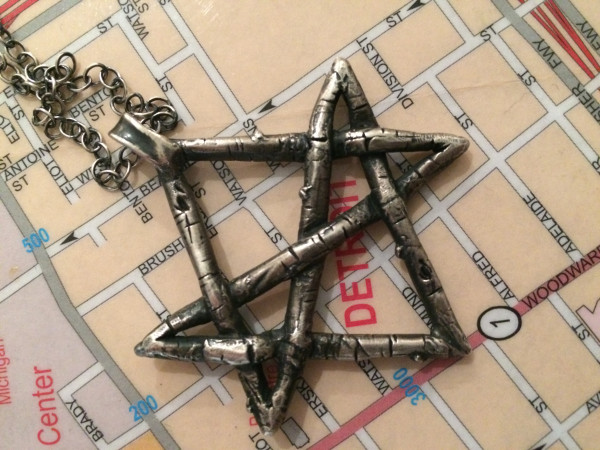 I bought this necklace shortly after they first announced S15 would be our last. It was a fairly extravagant purchase and I have never regretted it. After more years with them than without them, I still do not care about the Men of Letters and do not care about the bunker, but late-season SPN means the world to me and so do Sam and Dean. <33333333

I dreamed that I watched three episodes of SPN in a row, completing my S10 rewatch instead of making any attempt at rewatching/catching up with S15 so far. THE DREAM WAS NOT MY REWATCHING THESE THINGS, MIND YOU, literally just the experience of later recounting that that was a thing I had done. That is not a thing I have done. "Memory of having done something" is such a weak dream genre oh my goddddddddddddd.

I am veryyyyy tired but I have two more first-year responses to grade and comments for my Senior Thesis student before I can throw in the towel and idk, die, I guess. But before I do!

What ever happened to Bobby's dog, anyway? Would Meg have bothered killing him?? Dunno why.

Oh, Rumsfeld. What a good dog. 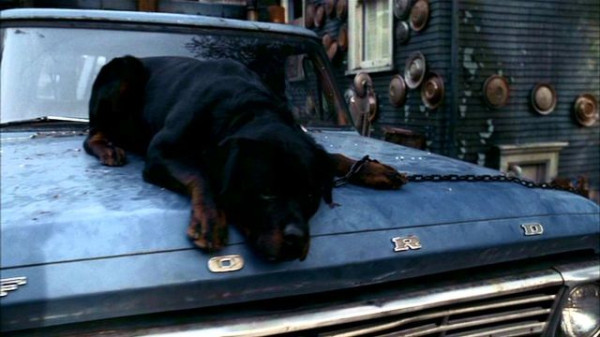 Do you regularly use a disproportionate number of Yiddish loanwords in your day to day? Because I feel like I use a disproportionate number of Yiddish loanwords for someone who is not remotely Jewish or even generally Eastern European, or German, and did not grow up in an area with a large Jewish population. (Though I did spend four years in La Jolla, which is pretty Jewish??)

My best guess is having been socialized into Yiddish loanwords via American media, coming out of LA and NYC. (I mean, that's absolutely where Sam and Dean get theirs, right? XD In the sense of having been written by a Pretty Jewish Team of Writers in LA, but probably also, in-universe, from having watched a lot of America media.) But then... this has gotta be true of any of you who consider yourselves as having watched a lot of American media, right??? But maybe I'm just a schlemiel schlepping all these loanwords around and I gotta get in touch with my mishpocheh and give 'em this same spiel and see what they say?

So, the Choose Your Own Adventure experiment was really fun. I wanted to do it because Sam and Dean are so richly drawn at this point I don't think there's ever one (and only one) in-character way they might respond to a given situation, and I wanted to honor that?? There's any number of things they might say or do that would just as equally be them--all dependent upon whim, or mood, or microcontext. And since I often start fics with a random line of dialogue and let the story build itself from there, which often results in my running the same lines with the written equivalent of different takes, different lighting, different stage setting, etc., I thought CYOA would be a fun way to let all the potentials happen, rather than just one.

And like, I wanted to write a CYOA but without the adventure part--where the choices had more to do with separating out the phyllo dough sheathes of a conversation than they did with trying to solve a mystery or advance the plot. The MotW was there, obviously, but most of the choices were not about how best to kill a scarecrow, lol. And I chose to set it in Scarecrow because it was the most straightforward episode I could think of where Sam and Dean had had an argument that took place in the car. XD I was like, man, the bones of this gotta be REAL straightforward or I'm going to confuse myself.

S1 ended up being a really fun place to explore, though, because it was so early on, and Sam and Dean's reads of each other were so unfinished and open-ended, and Sam's assessment of himself was so open-ended, holding so little of our fannish darlings darling and still with one foot very much in a life that involved Jess and avenging her and going back to the "normal" life he'd left. Working with him in his was fun, too, because I'll be honest, I was expecting to write something a little squishier, and kind of wanted to write something squishier, but at no point was Sam ever on board with that. XP I did like the hodgepodge of over/underreaction he gave, though, which felt appropriate to the situation of an inconveniently-timed slightly-major-but-mostly-mild car wreck in bumfuck Indiana with some kind of monster business afoot, getting in the way of being simply angry and simply vengeful.

And I liked that--at least to my mind--there wasn't a strong line between an ostensibly "correct" or "incorrect" ending. Except for the Meg/Megabus one, which I guess would be "incorrect" because it's very short relative to the others, but I don't think it just leads to Sam dying, end of story. In my mind it leads to a version of 2x14 except in mid-S1--which, hey, at least means Jo gets spared? I feel like there's something worth living through in every branch of the story, even if some might do more for Sam and Dean's relationship and others might break it. And there's always something they probably would have preferred to avoid--generally the death of one of their interchangeable sets of civilians (the cops, the Red Van couple, the kids from the beginning of 1x12). I didn't want to write a CYOA where there's one ending where you successfully kill the monster and "win" and in all the other ones you die. Which, granted, most of the endings are pretty open-ended, but I personally find ending on multiple potentials (most of which are just S2 scenarios happening in S1 instead, lol) more fun reading than having to read multiple strictly-defined endings. That's TOO much closure!

Outside of my writing/reading pleasure and that of a few others, though, I don't think literally any of this experiment was outwardly successful. XD I hoped it would be received as a story that was very much invested in Sam!!!! and Dean!!!!!, and not just as a curious gimmick. But given that of the three people who commented on AO3, two of them are not even in SPN fandom (one was many years ago--and the other literally has never even seen the show), I think it came across more as curious gimmick than love song. /O\