When you write, do you view your fics as a holistic corpus, or do you think of them as isolated pieces? Not in the strict sense where everything you write is literally in the same 'verse, or a series of sequels or anything like that. But like, if you sit down to write a fic about Hael and Goron Walker on the moon, is it the same Hael and Gordon Walker you wrote about in some previous fic?

I guess that's sort of a weird thought. But when I write Sam and Dean, I think I do actually write them with the assumption that in addition to everything that's happened in canon, everything I've written for them has also happened--even if, perhaps, it happened in a single-episode alternate universe, so as to leave no marks but memories. (Seeing as I've killed basically everyone I've ever written at some point, this would have to be true. XD) Even if there are a hundred different strains of AU to my corpus, I always assume it's the same multiverse; it's a Mystery Spot, or a djinn dream, or a Sandover Bridge & Iron.

I think this probably runs the risk of getting away from canon a little too much, lol, and developing into these extremely stylized versions of these characters, but hey. That's nothing a long AU 'verse doesn't (rightly!) aspire to do, right? As it is, everyone already has their own headcanon satellite, in orbit around a master canon yet distinct from anyone else's little satellite. I figure that the drift away from recognizable canon off into deep, deep space is pretty well reigned in by canon itself, as it continues to develop, and as you continue to write to it/explore it/meet and diverge from it in a pattern of oscillations.

So what about you guys? I'm curious! :DDD What's your relationship to, or conception of, all of the very very very many words you've written (or images you've drawn, etc.), for whatever fandom you're in? 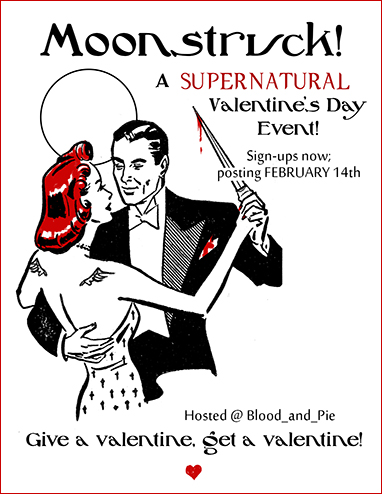 edit: Also, I just read a memoir piece I wrote when I was fourteen, about siblingship and watching bees. Observation #1: BEES! STILL A THING. Observation #2: So prententious. And florid. I'm glad I'm not that writer anymore. So very glad. XP

If you ever feel like you have not particularly improved at something, LOOK BACK. TRUST ME, YOU HAVE.
Collapse