The sea is the land's edge also, the granite
Into which it reaches, the beaches where it tosses
Its hints of earlier and other creation:
The starfish, the horseshoe crab, the whale's backbone;
The pools where it offers to our curiosity
The more delicate algae and the sea anemone.
It tosses up our losses, the torn seine,
The shattered lobsterpot, the broken oar
And the gear of foreign dead men. The sea has many voices,
Many gods and many voices.

And by that I mean, I turned in my

So I went to a honey extraction potluck last night, with the beekeeping organization I recently joined. As may have also been the case where you live, this past winter was pretty intense and full of polar vortex, so our hives died or abandoned. XP Usually you wouldn't extract honey in May, because obviously the bees need it, but the upside of having no bees anymore is that there's honey no one's using.

I love hanging out with these guys a ton, in their preponderance of flannel and magical innate ability to break barns. (We'd been at the house MAYBE twenty minutes before someone managed to pop a piece out of the barn wall in the loft and let it crash to the ground below. Twenty minutes! I'm surprised no one got themselves locked in the corn crib.) But in any case, it's a group full of homestead types, talking about fencing wire gauges and serviceberry/mushroom/skunk cabbage forage and different receptacles and lightning optimization for various kinds of fermentation. I almost applied to work for a vegetable brinery this summer (except I don't have a car, so I couldn't, alas), so understand how deeply relevant this is to my interests!!

One guy even brought a beelining box, the design of which was masterminded by bee guy extraordinaire, Tom Seeley (at Cornell). Beelining boxes are used to locate feral hives, in the event that you wanted, for instance, to try and collect and domesticate them. It's this ingenious mechanism that, you know, were anyone thinking, MAN HOW COOL WOULD IT BE TO CASE!FIC SOME BEEKEEPING!WINCHESTERS. OR BORROW CAIN'S BEES, might be a helpful hunter's tool. Just sayin'. This particular beelining box had been made with wood recycled out of an old oak piano, so it was gorgeous.

We also put together a top bar hive and scented it with lemongrass, to entice a feral hive to come nest there. Fingers crossed!

And had a potluck with extremely good food. I just brought some loaves of bread I'd baked, because, um. Well, as I've been Big Banging these past three days that means I've also not gone shopping, and have been subsisting on cabbage and Girl Scout cookies. But I do have a lot of wheat flour and yeast, so bread it was. XD It was a hit, though, because people just dropped some honey onto it and it was all good! Anyway, this guy made vegan nacho cheese sauce--best thing ever. And so filling! Cashew, red bell papper, miso, and nutritional yeast. I need to figure out how to make some of this at home, omg.

So there we have it, guys. My life goals. I want to live on the Strait of Juan de Fuca (either the US side or the Canadian side, I don't care) and keep bees and keep track of the local orca pods. Hopefully they need an English professor out there.

Confession, I panicked a bit today because I don't actually have any feelings about Sam's birthday, and I typically have a lot of feelings. But I think I'm just tired, so I'm going to read some Lily Hoang and clam CALM omg too many whales! down. XP

For the rest of y'all: 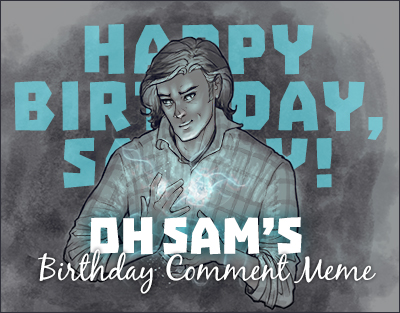