It's that time of week again, my lovely, long-suffering friends! America's Got Talent aired again last night, which means it's voting timeeee! The Top 12 performed, and 6 will go on to next week's competition. I'm not sure if the Top 6 will be the final, deciding night, because this Top 12 week was called "the finals," (thanks a lot for milking your air time, AGT...), but I know that they desperately deserve a slot.

If you'd like to cast your votes, I found an easier way to do so! You simply google "AGT 2014" and use Google's form to vote--it's way more intuitive than AGT's actual website. But if you prefer, here is AGT's unintuitive website! ;P I voted both ways because it didn't say you couldn't...

And if you're not in America but you like acrobatics (and/or shirtless muscular men), here's last night's performance anyway!:

In other news, the skeevy demon-summoning magician guy is still in the competition and for some god-forsaken reason seems to be EXTREMELY popular. America, y u so... American. :\ One of the other magician acts reminds me of the Ghostfacers minus the ghost-facing in an adorable way, even though their act was rather...playground simple.

toratio tagged me for a positivity meme, as well. My 3 positive things for yesterday:

1. ACROARMY'S PERFORMANCE made me super, super proud, even on my livestream that had a pop-up ad that waved digital boobies at me every two minutes.

2. Both of my seminars (one about borderization and international borderlands after 1989, which is incredibly theory-heavy, and one about Native American literatures and political-historical [vs. ethnographic formal] frameworks) blew my mind yesterday.

3. My sister started this text conversation, apropos of nothing:

sister: We should get a guinea pig and name it Castiel.
me: What color would he be?
sister: you're supposed to say "we have guinea pig? where?"
me: Me, Cas. I'm the guinea pig. :\ 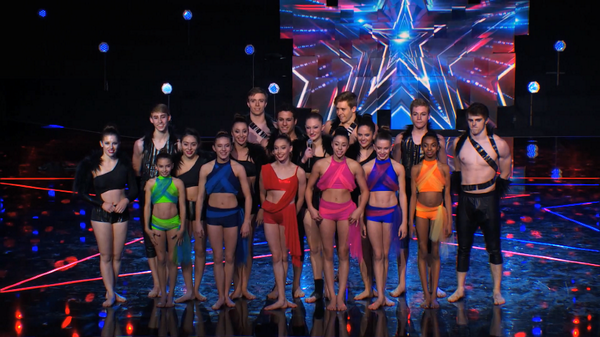 Top Six! :D Finals next week. (Yeah, I don't know what the deal is with those costumes either; my father and I have been trying to figure that out all summer. But he's too afraid to ask his sister/my aunt whether that's an acro style or an "appeals to American voting public" style. XD 'Cause like, I've seen his Worlds and Nationals competition videos, and I'm almost positive they wore standard gymnastics attire!)

And in additional excellent news, the demon summoning magician I hated so much got eliminated! Huzzah!

The other 5 finalists are a very talented singer lady, a decent very young singer guy, a preteen heartthrob guy who last night did a very uninspired cover of "Gimme Shelter," a talented crooner band with a harpist, and a more tolerable magician than the demon summoning one.

On that note, can someone please explain to me America's fascination with magicians? I don't understand this at all.
Collapse