Because the season is almost over, and it's time to start thinking about what overambitious fic projects to undertake this summer, since I didn't finish my Big Bang... reflections! concrit! and someday, directions forward!

Main stories:
Delicacy - I opened the document thinking I was going to write ~500 words of Rowena characterization sampling. HAHAHA. But with respect to Rowena, I actually really loved this, and she was fun to work with and expand. As also happens when I write Crowley, I think some of her lines were too long, so cutting them back towards actual speech and choosing the one place I want her line to land (rather than having her just say all three things, haha) would be nice to be mindful of next time. While writing this I struggled to make it land somewhere, while also hoping it wouldn't land like an anvil. I think Rowena's thing about the magic probably could have used more play in the text leading up to that last scene, because I'm not sure that it works that well as it stands here. But overall, I do think this one kind of works, and I think I'd be prepared to own Sam's creepiness here, which I wasn't at all confident about when I was writing/posting.

Clownfish vs. Constellation - I made a conscious effort here to try to have Sam lead me somewhere vulnerable, because I think I tend to stop short of that usually. And I think he did do that here, though in spite of that I think the characterization managed to be a little watery, pun unintended? Like, in spite of the experience of vulnerability the characterization still doesn't scream to me, this is full-color Sam? Part of that might be the nature of the fic, though, and the limitations on who you can step up and be as a person when you have to pull yourself through that much shit. Because at the end of the day, I just like it when Sam wins, or has a fighting chance at it. I always want Sam to win. It never feels right if he doesn't win. XP But he probably doesn't win this one.

Freewrites:
Myth - I'm still not sure how the short, masculine sentence thing works for SPN, because I personally don't think it fits either Sam or Dean's narrative styles, but I figured, might as well give it a shot. I think this is the intellectual heir to a couple other fics I've written about cleanup, and that context I think this one is the least materially grounded. The lines about the tub rings or the silicon are probably the best for that (though idk, the tub lines are a bit much, and probably gratuitous; but I liked them so I kept them). But I think the quietness of this leaves itself too open to this idea that Charlie's death happened for plot reasons, which I actually don't hold to (though it will certainly affect the plot). That and the fact that it was almost titled "Mytharc," er, and that it does play on that age-old line, take your brother outside and don't look back. That play was the whole reason I started writing this in the first place, but part of me thinks maybe I shouldn't have.

Wake, Memory - Okay, so something I honestly keep wondering. Why is the summary "Ten stories Charlie hasn't told you yet" when the form of the fic itself appears to be a list of imperatives? Those aren't stories being told, they're pieces being enacted... Like, why. Also, I think the middle of this is a little weird, because for some reason it dips into gamergate territory? And like, I get that it has to do with fears people don't know we have, or stories as yet untold. And I think the line about Pfizer and Dick Roman almost saves that. But it's still fucking weird, and it probably shouldn't be there. But I really do love the way the last few scenes roll together, and Charlie finding Mary.

Summary: The freewrite struggle seems to be a rather consistent battle between "this is creepy" and "this is emotionally meaningful." I don't know if those should be binarized like that, and within some written ideal I'd imagine they're not. But I think I'm struggling to bring those together, or to know how to get them to speak to one another. Which I think carries into the longer fic in the sense that my disappointment seems to be in their univocality, or the muted aliveness of the characterization, I suppose. Other things to keep in mind: Writing too long (both scenes and individual lines of dialogue), being gratuitous--and, conversely, not being willing to delve deep enough. But I think both Clownfish and Delicacy were actually both really successful experiments with that, process-wise if not product-wise.

Though, P.S., Dean has literally the lamest, lamest, lamest possible role in both of those (though I think he got off better in Clownfish--at least he had lines). Not that that's wrong in itself, because those are both Sam stories, and Sam's thoughts in them are often around Dean rather than about him; and also, the point of them is that Dean isn't present, in a real, vital, personable way. But it might be nice to write something for Dean, so he doesn't get stuck like that. XD

What are your summer ambitions, flist? Do you have a craft aspect you want to work on? Or a particular project?

Okay, so I realize that it's probably really weird to post pictures of your entire house, but I just spent the week packing and moving all this shit and I want to pretend you all came to visit and we had a house party! XD

I will miss this house. <3 And I'm proud of the decor--AKA what happens when you're in fandom, living alone, and you have no one to answer for but yourself.

I took these pictures for my landlord's new listing (minus the ones that are obviously just of my fannish stuff), but he didn't want to use them. Apparently he does not approve of the Winchester aesthetic. XP

Or maybe it's the hundreds of rubber ducks in the bathroom. 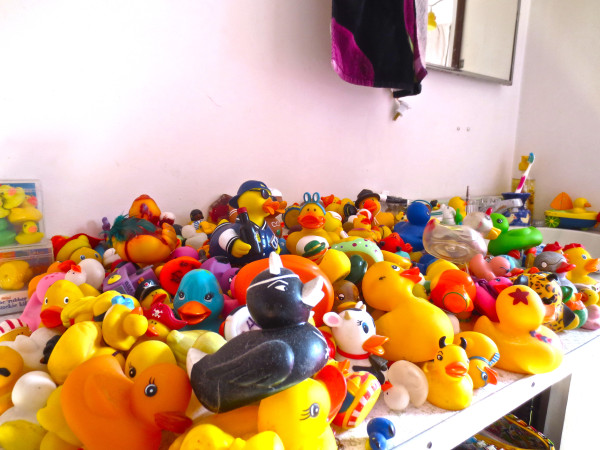 We're through the looking glass, folks. As we gear up for 10x22 and preemptively steel ourselves for the finale, I'd like to re-share a poem I spnfiltrated some seasons ago and that now holds ever more true, across many interpretations of this poem of Bishop's:

One Art
BY ELIZABETH BISHOP

The art of losing isn’t hard to master;
so many things seem filled with the intent
to be lost that their loss is no disaster.

Lose something every day. Accept the fluster
of lost door keys, the hour badly spent.
The art of losing isn’t hard to master.

Then practice losing farther, losing faster:
places, and names, and where it was you meant
to travel. None of these will bring disaster.

I lost my mother’s watch. And look! my last, or
next-to-last, of three loved houses went.
The art of losing isn’t hard to master.

I lost two cities, lovely ones. And, vaster,
some realms I owned, two rivers, a continent.
I miss them, but it wasn’t a disaster.

—Even losing you (the joking voice, a gesture
I love) I shan’t have lied. It’s evident
the art of losing’s not too hard to master
though it may look like (Write it!) like disaster. 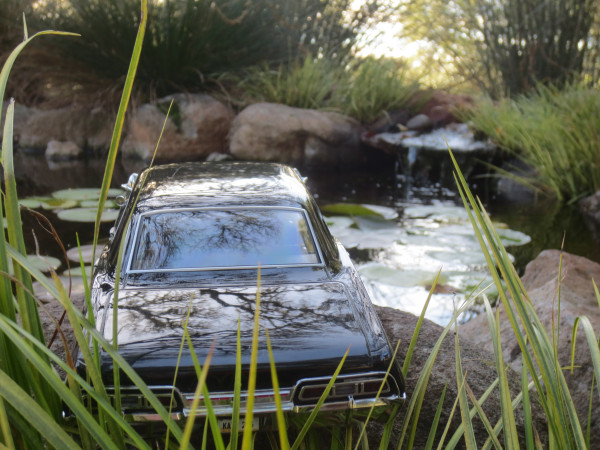 Because everyone else is doing it, that AO3 meme~

I realize I've posted like eight trillion times today, but I won't have Internet for a month and I'm having preemptive separation anxiety! And trying my best to avoid writing a conference paper.

Summary: Nobody loves April Kelly as much as I very definitely do. XD It's okay, bb! <33333 I will love you forever! Grapefruit girl! \O/