alethiometry alerted me to the existence of this gem of a thing:

I tend to be hypercritical of Pixar as a studio, because I love them a lot and I know what they're capable of and they don't often hit their own standard (I haven't loved any of the Pixar movies released since 2010). I don't think Cars 3 is really the film to bank on for that--and I say this as someone whose FAVORITE Pixar film is Cars, but acknowledges that this is a very separate category from BEST Pixar film--but who knows.

spn_reversebang art previews are here! The range of media, characters, and potential story behind all of these is so wonderful. There's creepy, there's fantastical, there's adorable, there's sexy--and adventuresome! There's also a wonderful showing of marine creatures, just sayin'--from tentacles to mermen to cute Dean/Cas with OTTERS. And lovely forest pieces (featuring Winchesters in scenarios that aren't great for them but are GREAT for us)! And sci-fi AUs. Creepy bloodplay manips. And one where at first glance my first reaction was "ooh South African SPN AU"--even though the picture itself and its description definitely don't suggest South Africa on closer observation. IT WAS JUST A THOUGHT. (I'm an idiot.) XP

Do I have your attention yet?

Even if you don't plan to write for the challenge, check the art out anyway! Maybe you'll change your mind. And if not, you'll get to see a beautifully put together gallery of all the talent this fandom as at its disposal--and you'll know who to look for when time comes for posting publicly. Maybe you'll find some new artists to follow!

amberdreams в Art previews are up!
Originally posted by

spnreversemod at Art previews are up!

So, as I sat down to lunch and prepared to watch that Cars 3 trailer for like the sixth time today... 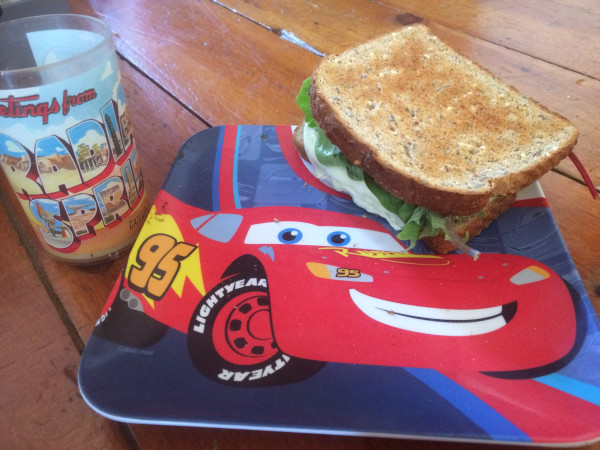 The best part is, I didn't even plan this. IT WAS SIMPLY MEANT TO BE.

I saw this end-of-year writing meme, and as one does when one is procrastinating, I started filling it out preemptively for 2016. One of the questions was, Did you take any writing risks this year? What did you learn from them?

So I Googled "writing risks fiction." The first suggestion was "kill a character."

Which... I think we may need to recalibrate the definition of risk. XP Because I can only name two points, off the tope of my head, where I've felt like killing a character in a fic might have been a genuinely risky decision.

Challenging or unpalatable representations of characters and ships. Not in the "go as dark as possible" sense, but that edge of discomfort that's as close to "normal" or "easily accepted characterization" as possible, so that the reader can't say to themselves 'well, I'm specifically reading darkfic, of course it's going to be like this' but instead they have to think, wait, hold up--what if it's the character/the pairing, and not a privilege of the genre? Or not even something that's dark, necessarily--but something that, in whatever direction, really pushes what you know and what can be known about the character/ship in question.

Troubling well-loved tropes might also be considered "risks." Like, what if ye olde "blanket scenario" (you know, there characters get snowed in and need to huddle together under one blanket for warmth) led to mutiny and cannibalism--AND IT WASN'T A HORRORFIC? Or what if [insert typical horror trope here] was actually genuinely adorable, and it wasn't a crackfic? Though on second thought, these seem less "risky" they are good creative exercise. (Shoutout to

spnspiration, which held a challenge along these lines a few years ago!)

Using any of the experimental tropes listed in the tags of

spnspiration might be considered risky, I suppose. But imho "off the norm" isn't the same as a risk. Quick poll: As writers, do you feel like you're taking a risk when you write in a strange POV, or do something stylistically odd? And if you do, can you identify the stakes? What's actually at risk?

The stuff I mentioned first, though--I think that's where I see the real risk. Because that's not a "wow, self, did you really have to omit all the punctuation in this fic?" risk, which is really just a stylistic exercise. It's short-term.

But if you're going to push character/ship somewhere genuinely challenging/delicate/precise, then the stakes get higher.

Of course, you run the risk of incensing readers who disagree with what you're doing, either to your face or elsewhere. Which, as I've said, is terrifying; the Internet is vile. XP

But even if you ignore that, you're putting your relationship with that character/ship on the table. It's between you and them, and if you're really gonna go for something, and try to push the limits of characterization/the ship, there are far more ways to go wrong than right. And even if you're right, it might not feel that way. And like, maybe it's as temporary an experiment as a stylistic exercise, and just for that one fic--but is it? You've changed your relationship with that character/ship forever, even if you go right back to writing them the way you always have before. And maybe you can't--maybe now it's messy, or even mangled, and it doesn't go back.

I feel like in fandom, where we're producing so many stories--largely shortform, generally more than one per person [whether you're reading or writing], largely without regard for whether a character is or isn't dead in canon--killing a character isn't a terrible risk. There's always gonna be a next story, or a previous one. (Plus, it's SPN, so. Resurrection!) I'm not saying character death isn't impactful--I'm just saying that in fandom, it doesn't carry risk the way it might if you were writing a single novel, which is one story, and those characters' only story.

But pushing, stressing, fundamentally changing your relationship with a character (or ship)? That's the point where fandom's prolific eternity doesn't diminish, but rather amps up that risk. Because then it's not just that you have the opportunity to write these characters/ships over and over again--you're going to. You just are. And if you keep pushing, it's going to be different every time, and what you are to each other (you and your character, or your ship) is never going to be the same again.

But I guess that scares me less than writing and realizing you're only writing the same thing over and over again. (I worry about this constantly. /O\) I write both Sam and Dean in a constant state of fear from all sides.

How do you define "writing risk," flist? Have you taken any this year? Can you point to any specific examples?

Oh, an additional "writing risks" I just thought of:

But other than that, like, I think SPN itself has kind of accident-proofed us for most of the usual suspects. SPN itself engages in so much writerly risk doing things like "blend genres" or "bend reality" or "set it in a strange place" or even what I mentioned above, in terms of subverting tropes/genres it kind of means we've already got all the keys to the kingdom. XD And if Show softballs something or another and fandom comes up with a more radicalized version of that thing, maybe there's still risk there, but there's probably also this sense of like, "yupppp, that's the fam!"
Collapse