Man, I really like the square brush. :3 I think it looks cool! This is a comic I drew a few weeks ago.

For all that I have no interest in baby cars or car reproduction, I actually do really love thinking about Pixar Car genesis. Canonically, they are built in factories, not sexually reproduced. There are makes and models that form rough families. I like imagining the factories as an ambiguous and enigmatic force; and from them, older cars take newly minted cars into found families. They have a penchant for social aggregation.

But then you have your custom builds. Families don't find them; purpose does. When it comes to your prime directive, it keeps you driven--but customs tend not to play well with others. They were never introduced to the idea, don't understand the concept.

I don't think they're made that way out of malice; I think it's more of a production oversight. A factory has never needed friends, after all. It wouldn't occur to ether to make sure to provide for such things.

When Lighting McQueen rolls off the line, they tell him he's custom. They tell him why. Before he ever sees the light of day--another car, a real-life track, the sky--they show him reel after reel of racing footage.

He was built to be a race car. 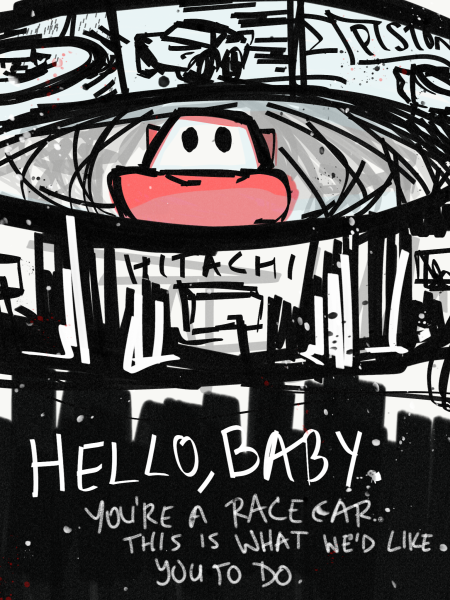 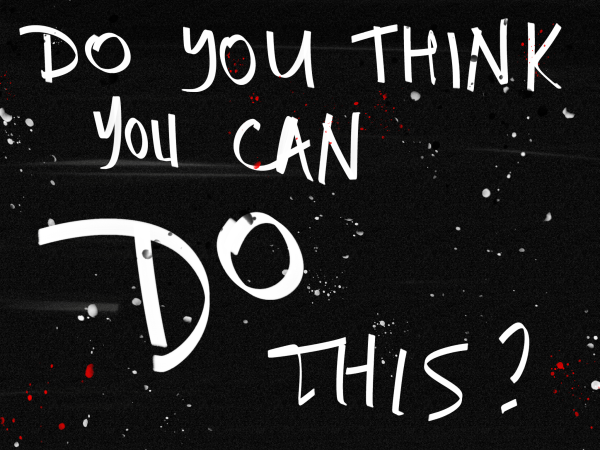 And here's another fantastically poorly socialized baby racecar that I drew tonight, while revisiting my lover, the square brush: 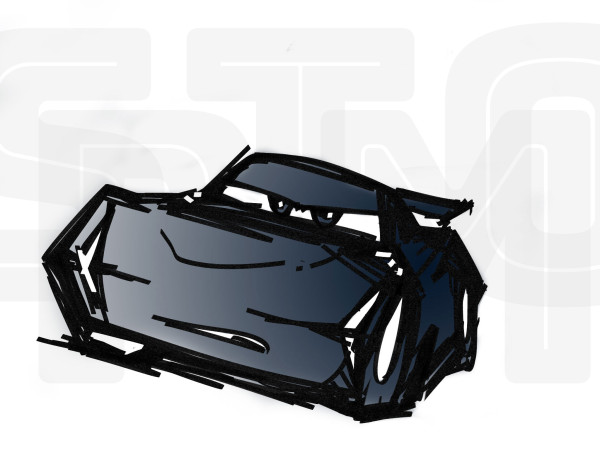 Oh. My god. I only saw the subject line of this flash on my phone's lockscreen and this feeling of PURE PANIC shot through me. Like, oh my god, what did I do? Who did I not reply to? Did I do something wrong????

Only to realize it was a gishwhes email, and not someone actually asking if I was upset with them. /O\

Then, when I opened my email on my computer, having forgotten about this whole ordeal, I DID THE EXACT SAME THING, the adrenaline effects of which are still wearing off. as;klfakfjkl;

IF I WASN'T ANGRY AT YOU BEFORE, MISHA, NOW I AM! XP
Collapse