Okay, so I skipped a 15x03 rewatch because I was like, ALL RIGHT I'VE BEEN IN HARLAN, KANSAS FOR THE LAST MONTH AND A HALF AND I WOULD LIKE TO LEAVE APPROX. A MONTH AND A HALF AGO, PLEASE. And I figured after this Thursday I'll have a couple months for rewatches, anyway. I just need to get through all of these before the mid-season finale. XDD But now all I wanna do is rewatch 15x04???? So much to unpack there.

One, my heart breaks for Becky for so many reasons. Primarily the home invasion and the fucked up Thanos-like deatomizations of her and hers, but also because I wish that she did know Sam and Dean past S5 and three days of S7 (because now I can't remember whether she was privy to any canon past that; like, was S5 the unpublished online canon she got her hands on, or was there more of that? but the high school musical girls didn't know anything past that, so). I wish she knew them because I love them deeply. <3 Even as she's created her own universe. (One of the reasons I want to rewatch is because Chuck seemed to be making a distinction between what he'd done to her husband and what he'd done to her children, which is absurd and misguided, given what he'd just done to Billy. And why would Becky's children be well-served by being orphaned and left in Timbuktu?)

Two, I'm fascinated by the nature of Chuck's writing. Because he got his notes from Becky and got angry--he could have taken the opportunity to do something wildly OOC, or to do sudden and epic harm to Sam and Dean. (I mean, since he's got Leviathans on his mind--hilarious, given that Becky had nooooo idea what he was talking about, right? therefore making his Leviathan less compelling than they already were--he could have had them go full execution on that family, 7x06-style, but he didn't. He changed the circumstances of the event but not the people who animated them. Sam and Dean were still Sam and Dean, though they had a worse day than they were already having. Billy was, as far as we can tell, still Billy. Which, on one hand, Castiel's insistences in 15x02 were apparently on the money and not at all platitudes, which is frankly amazing. One the other, of course it'd still be devastating to understand that all the shit you went through was something some entity was consciously putting you through for their own entertainment. But also like, if 15x01-03 was Chuck not paying attention and not writing, how different is the universe with Chuck's intervention vs. without it? Everyone was still sad, lots of people still died. There were monsters. Sam and Dean were miserable. Rowena was operating from a completely different conception of fate and eschatology and Sam still had to "kill" her.

The only real difference was that the zombiepocalypse only lasted like a week and spanned five miles, whereas if Chuck hadn't gotten distracted that would have probably had second comings elsewhere. But nobody wants that. XD Was it absurd that all that only happened in one town in Kansas? I mean, yeah. But Sam and Dean didn't bat an eye because that kind of absurd isolationism distinguishes a lot of what they do, whether Chuck is writing or not--even when Chuck was actively propheting.

Obviously, it is still different, from Sam and Dean's POV. Chuck's intentionality probably makes it feel very different. But if God were a flow of energy and not a smarmy little man, maybe it would feel different again. Inasmuch as God has his Chuck visage and persona, as does Amara, as does Death--at the end of the day, I still think they are, at their core, flows of energy. It's how we first met Amara, before she became that baby/Dean's vision of her--a body she needed because those are the terms of this world. It's what angels seem to be, or at least seem to have been--before, again, bodies became requisite. Before the Creation of Man and the fashionableness of face-to-face communication, I don't think Heaven looked the way it does now. (Or Hell. Frankly Hell probably started looking more humanoid around S6, purely because Crowley liked the idea of tailors.) Zachariah had 16 faces because it was fashionable to have one, but the convention wasn't yet to have just one. (NB I also don't think Heaven and Hell CURRENTLY always look the way we happen to see them. But that's a ramble for another day.)

Maybe the aniconists had all this really right. XD And what needs to be destroyed is not the essence of God, in that He is a flow of energy in this world, as are the Darkness and Death (an impossibility), but his icon. Which has in this case not encouraged idolatry in Sam and Dean, but has ironically inspired it in Himself.

Three, OMG YOU GOT WHAT YOU WANTED, SAM. A CASUAL REMINDER THAT HAPPYTOWN, USA DOES NOT, IN FACT, GET TO LIVE ITS LIFE OUT UNKNOWING AND UNTOUCHED. You are not the only one who has to live with the fallout. Those WASP parents do--however unsympathetic they were, they still lost their child. That cheerleader who got bloodbagged does. Every kid at that school, every staff member, the principal--they all do. And that principal cared a lot about what happened to Susie. She's going to care a lot about Tori(?), Billy. All those lives will never be the same again, regardless of how much they care about Yale or being cheer captain. (But you already knew that, Sam. Dx I'm sorry.)

AKA where Sam and Dean shack up waiting for it to "happen in Detroit" in an alterverse. Oh, you thought that overly long dream sequence at the beginning of 15x04 was in the Bunker? Easy mistake. Same set; different location. It's this house! Near Detroit! It's the demon blood, Sam. 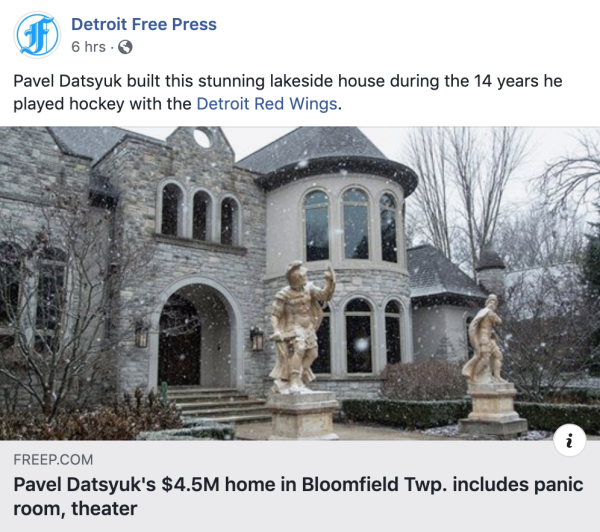