Is anyone else familiar with the movie, Once Upon a Forest? It came out in the early 90s and I feel like it's probably obscure enough that only a very specific sliver of the population has ever heard of it, much less seen it enough times to still recall basically the entire movie. Every time I start talking to someone about this movie, they think I'm talking about Fern Gully, which is a completely different movie about woodland creatures and environmentalism.

ANYWAY, it's about small woodland animals whose forest home suffers a gas leak (IN HARLAN KANSAS??), and after being separated from their families/loved ones a bunch of the animals end up on this quest through uncharted lands because they have to go find an obscure plant that holds the key to saving them all.

I absolutely can't think about Dean and Castiel going to Purgatory to find the Michael Flower without assuming this mission plays out exactly as Once Upon a Story does. (Basically, Dean and Castiel need to meet an avian gospel choir, be terrorized by construction equipment, and build an elaborate flying machine out of sticks and leaves in order to get to the flower they need.) 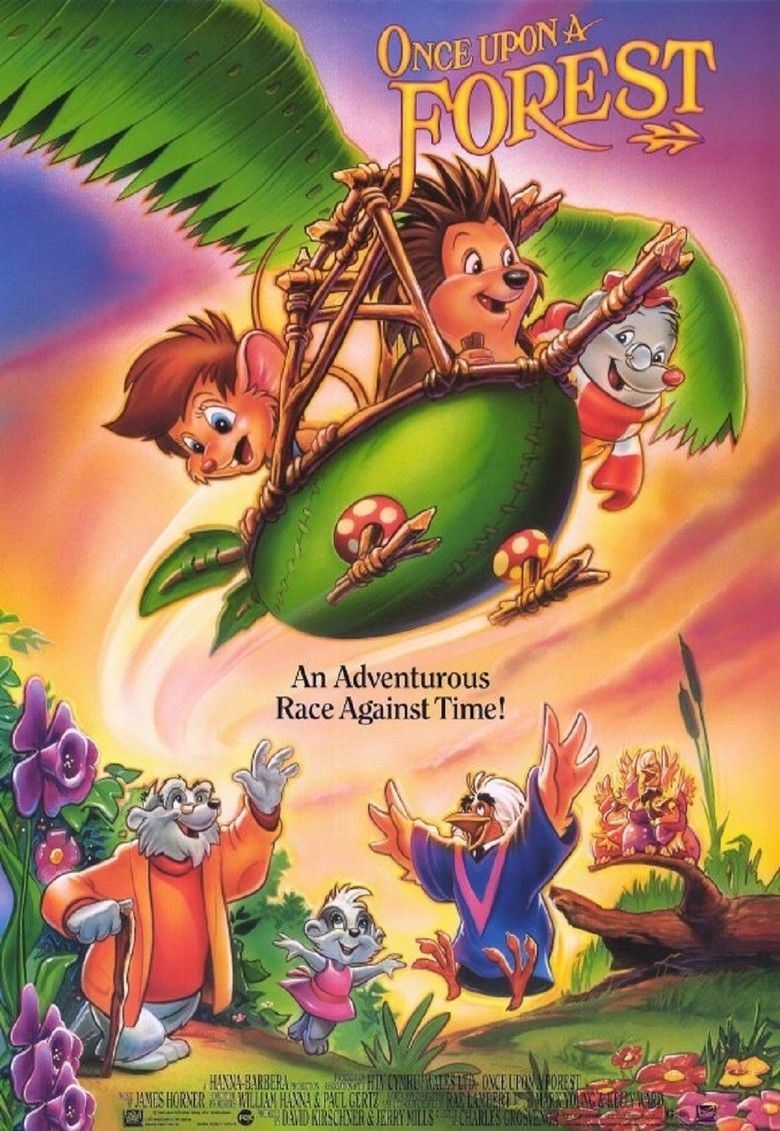 IT'S AN ADVENTUROUS RACE AGAINST TIME. Dean can be Russell (the hedgehog) and Castiel can be Abigail (the mouse) and Edgar (the mole), because in Heaven Castiel has six wings and four faces, two of which are woodland animals from Once Upon a Forest.

Okay, but aside from Once Upon a Forest, the apocalyptic crackverse AU Michigan is unfolding in its newscycle, and my enthusiastic but ultimately non-specific declarations of love for S9, 10, and 15: I feel like I often struggle to express how very seriously I take Sam and Dean, their experiences, and the way I feel about them. Mostly because I don't like expressing things that are personal, and my relationship to Sam and Dean is about as intimate as I get, haha (but not haha. See, there I go again). Partly because I do want to honor the elements of camp and spectacle that are so much an integral, indispensable part of who SPN is (and who Sam and Dean are). But sometimes I just feel bad, like, saying too many things that are superficial or dismissive because I know I'm rhetoricizing disingenuously about my feelings, if that's a real phrase. Which makes me just want to be like, SAM. DEAN. I JUST WANT YOU TO KNOW. I AM TAKING YOU VERY SERIOUSLY. Deathly seriously.

It's kind of like how if I'm writing H/C (a trope I like, and maybe perhaps be 80% molecularly constituted from), if I feel like it's too much or goes on too long I feel really bad about it. Because I'm like, wow, you shouldn't have to deal with this. Not in like, an "oh my wooby cinnamon roll" way--because Sam and Dean have made their choices, and they can probably take it. Whatever. But in a way where it's like, man, you deserve more self-respect than I am allowing you here and you should not have to deal with this on the page. You should be able to hide out on the cutting room floor or in the hidden interstices between episodes and do this. Which I guess is sort of a strange impulse, given how bare they're often laid on-screen. They're not granted much modesty and I imagine they don't expect to be (even ignoring the meta and Chuck and all of that). But they do get some--if they didn't, we wouldn't be here, filling in those gaps and realizing all those implications.

Again, I will fully acknowledge that this is all a bit ridiculous. Especially since part of writing and story is going past the point of comfort and towards those things you're shy about, or ashamed of, or terrified by. (Part of writing and story is also knowing when thing are better served by less. That's not what I'm concerned with here, though.) But I also think that sometimes when writing there's this impulse to narrate, to organize meaning, to clarify. To divulge, even. Maybe part of me feels very strongly, with regard to Sam and Dean, that no, you should not have to clarify yourself. You should not have to give, or explain--to the reader, to whoever's actually in the scene with them, to themselves. You shouldn't have to act or think in ways that are meaningful, or come to something, or make your life better or worse or your character arcful or not. And I don't mean mytharc "plot" stuff; even in stories where "nothing" happens, it's not as though there isn't story.

I don't think story requires these directives or impulses inherently. There's entire movements and eras of literature that are testament to that. But I also don't think my love for Sam and Dean would be well-served by acting like they're from an experimental arthouse French-Mime-Movie-In-Wichita movie.

I guess what I mean is sometimes I get very serious about taking Sam and Dean's experiences of their lives very seriously and sometimes come to that point of getting very invested in this feeling, You don't owe anyone (including me, your brother, yourself) delineation.

The last couple days of 2019 I realized I'd seen like zero movies. (Well, I'd seen Toy Story 4, Hobbs and Shaw, The Farewell, and the latest Star Wars.) This made me feel culturally illiterate, so I decided I should up my game and try to watch some things I'd been meaning to get to. I ended up choosing Hell or High Water (2017), which is a heist film/buddy cop movie that is neither of those things, really, and The Houses October Built (2014), which may be my favorite horror movie.

Hell or High Water: This is a movie about two brothers in West Texas who are robbing banks and skirting the authorities together, and about the sheriff and deputy trying to track them down.

The "why" of the bank robberies isn't clarified until midway through the film, but visually, the explanation begins much earlier. It's well-written, well-acted, cinematically gorgeous, and the soundtrack is absolutely killer. (It even features "Sleeping on the Blacktop" by Colter Wall, AKA my most recent SPN song. When it started playing in the movie I was like KAJSLF:KAJ IT'S MY SONG.) It's got that small town dust aesthetic I'm always in favor of, and I really enjoyed the way the meta narrative about settlement, land ownership, foreclosure, and petrocapitalism played out adjacent the heisting and gunfighting.

I think my favorite part about the movie is that in the first few scenes, the two brothers are just hitting multiple banks in a row, and they dump the car and lift a new one for each robbery--and as these robberies go on, only through them (and these cars) does it gradually become clear what time period the movie is set in, and what the cultural/historical context is. Because it's set in a place that at once is all time/no time, but is also very specifically the scene of late capitalism in the rural U.S. At first it seems like the movie might be set in the 70s--then they get into the next car and oh, maybe later. Later, later, later. Until you realize it's probably 2013. (Do you remember the gas prices in 2013? Because let me tell you, if you were living in California in 2013, when you drove through Oregon and gas was $4/gal. that felt cheap.)

Would recommend to anyone who, uh. Likes crime brothers and cowboys on the run. And it's on Netflix!

The Houses October Built: Re-finding this movie was a bit ridiculous. I remember thinking it sounded interesting when it first came out, but then trying to find it again in 2019 was a trial because I couldn't remember the title. I knew it had something to do with houses but WHEN YOU'RE TRYING TO TRACK DOWN A HORROR MOVIE, HAVING "HOUSE" or "HOME" or "MAYBE BUILDING" IN THE TITLE IS NOT THAT DISTINCTIVE. But I did remember that Jensen Ackles had Tweeted about it once--which, my remembering this is a bit ridiculous in itself, because I do not follow Jensen Ackles on Twitter and therefore would only have seen this because of Twitter being Twitter and showing you shit you don't follow.

The truly ridiculous part about this, though, is that Googling "Jensen Ackles twitter 'house' recommend movie" immediately yielded the title of the film. I was like, ARE YOU KIDDING ME. I JUST SPENT SOOOO LONG SCROLLING THROUGH A WIKIPEDIA LIST OF EVERY HORROR MOVIE MADE IN THE LAST GODDAMN DECADE AND COULDN'T FIND THAT. It's that SearchTheWeb magic!

Anyway, that aside. ( Collapse )