Who knew Castiel was a Ford man? (Luxury Ford.) And in Paris, TX, the home of Campbell's soup! I feel like there's some kind of intensely weird AU available here, that combines, like... the Ford moving assembly line/time and motion studies as motif but also pop art and Warhol. I was thinking maybe this is one of Castiel's futures but then I realized it could just as easily be one of this pasts--one of his strange little pockets of existence that he lived when he was ignoring the Winchesters for whatever reason (music and soup reasons) and not in a stretch of episodes.

Maybe it's just something that happens to angels who make a habit of staying too long on Earth. They weren't built for that level of materiality, not really, so sometimes the excess of you--all that untapped Grace--needs to burn off, create a little pocket universe. You live there for a while. Then you go back to normal. Sort of like angelic REM sleep but not at all. 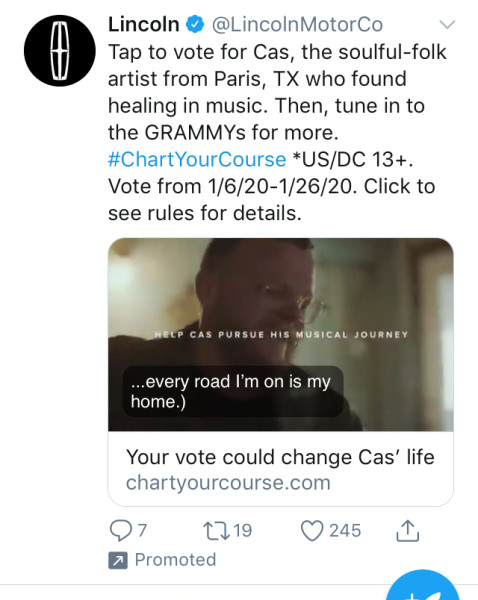 Wow. So, I logged into an old Evernote account a while back to get an address. Ever since, Evernote has taken it upon itself to link up to my Google, and will display Evernotes in a sidebar widget that it thinks are relevant to my Google searches. But unlike Google's native sidebar offerings, the Evernote posts are NEVER related. ...Or are they?

I googled Campbell's soup to confirm that they are, indeed, headquartered in Paris, TX, and it gave me an Evernote that started with Castiel. (Also my packing list for Russia in 2012--what that has to do with Campbell's soup, I really don't know!!) So as far as I'm concerned--Soup AU confirmed.

I don't remember writing these scene, though I definitely remember the fic it's from and I know why I cut it: Dean didn't belong in the fic (as usual, apparently, lol). Not even as a memory Sam realizes he needs to revise, now that he knows what's really been up with the last few months. The point of the fic was aggressively not thinking about Dean unless Castiel brought him up. This is from S9, 2015:

Cas lingers about, filling the bunker in a way Dean never had.

Not that Dean didn't linger; were Sam to take a tally, Dean's spent maybe 80% of his life lingering places he shouldn't be. And however much Dean took the pleasures of the bunker to their (frankly illogical) extreme--the dead guy robes, the dead guy kitchen, the dead guy percolator--he'd been skittish living here. And maybe losing his mind a little, Sam had thought, every time Dean's conversational abilities skewed aphasic, meaning and order spilling out worse than alphabet soup, or he caught Dean looking at him like he wasn't really him, wasn't really his brother.

He'd panicked, of course, every time he thought of Dean losing in that way; thinking his last flirtation with death might have finally kicked Dean Winchester--spinning golden plate that he is--off-kilter. But there wasn't anything Sam could do, except step into whatever allure of normalcy the bunker and its many amenities provided, and try to remain as calm as possible. Wait until Dean got scared enough to let him in.

Dean scared all right, and he sure let something in. It just wasn't Sam, and it wasn't into Dean.

Sam can still feel that cosmic, white-hot slipstream billowing up his throat.
Collapse