My 10th Anniversary of participating in Summergen! <33333

bluefire986
Characters: Sam (POV), Dean
Rating: PG-13
Word count: ~10k
Warnings: Some endings imply main character death.
Summary: This is not an adventure, but you can make choices. Choose Your Own Adventure riff on mid-S1.

(Maybe you don't always end up here. But riddle me this: What's so great about "over there"? Don't you like your brother, Sam?)

Author's Notes: My prompt was, "Sam and Dean get into a huge fight. Dean takes the impala and as he drives off gets into a car crash. The rest of the fall out is up to you!" Written for

I wanna talk more about what I was going for as far as the CYOA element and Sam goes, because that was super fun, but for now, some random comments about my summergen:

1. I nearly just named this fic Scarecrow, lol. I was unduly charmed by the idea of naming it literally after the episode it too place during/instead of, specifically because the episode just named itself after the MotW it featured. But I ended up going with Play it Again, to reference the movie Play it Again, Sam--not that it has anything to do with anything about that movie. It just felt appropriately Choose Your Own Adventure-y.

2. Meg's/Sam's car is a (offroad modded) 1983 Subaru GL wagon, which probably rolled off the assembly line on November 2, just because. <3333333333 ONE OF MY DREAM CARS. Meg's/Sam's version looks pretty much exactly like this--same dents!--but brown: 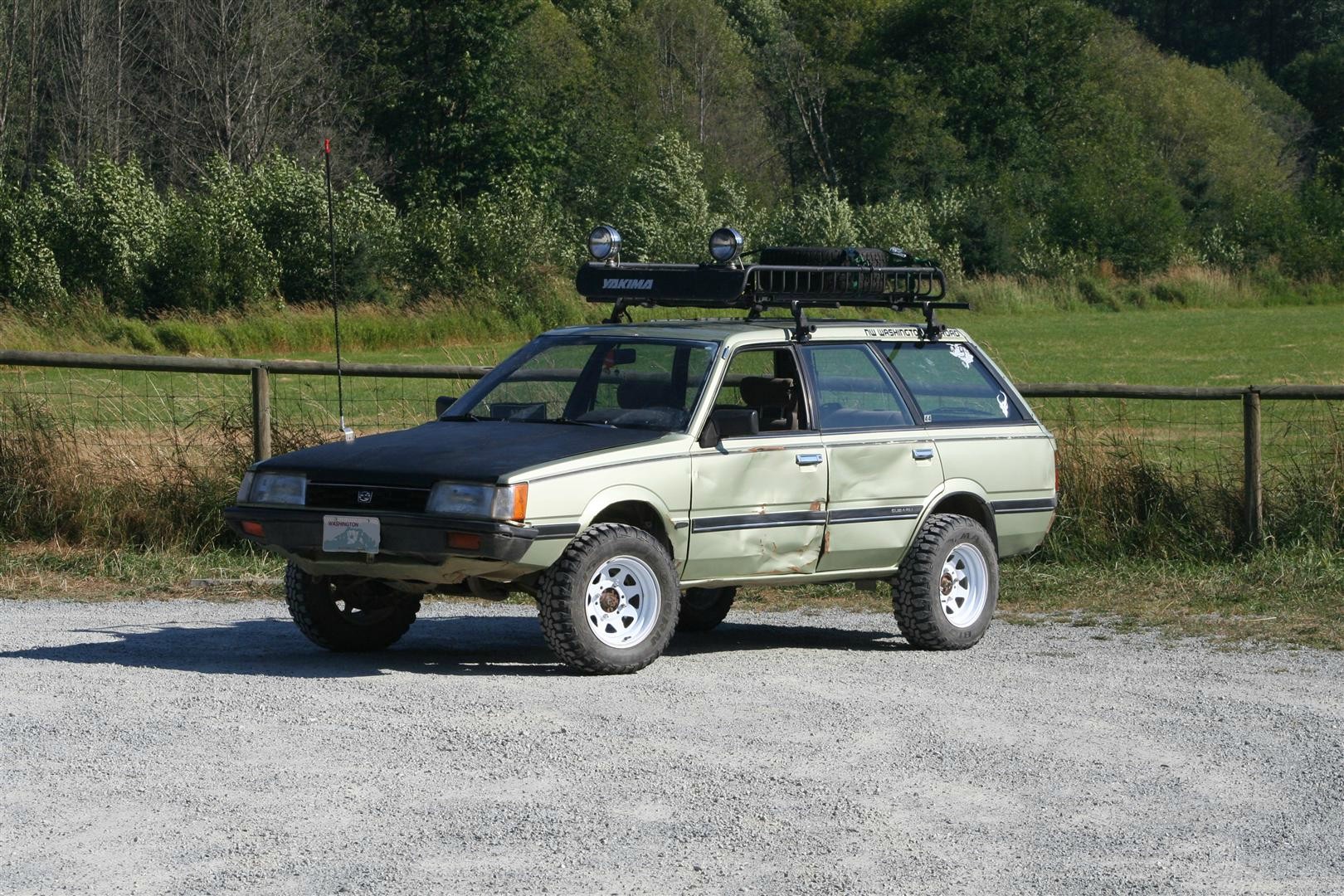 This is actually the second time I've given the Winchesters a Subaru GL, though I don't think it's been named as a Subaru either time. They don't care what OEM it is; they don't think about it that way. Only I care. XDD

3. All of the mechanical DIYs are valid and trail-tested IRL (luckily not by me directly). All survivable damage--provided you have the money and the parts. Sam's estimation of how bad the damage was was wrong, but his estimation of their actual resources completely right, as long as you don't count "but it's the Impala" as part of the equation--and at that point, why would he?

If you're going to tow something out of a ditch, though do not use chains. Have kinetic rope on hand if you plan to be a recovery vehicle! But if you have iron chains for roadhauling ghosts, well, I guess that's what you have to use.

4. My author cameo is the guy with the fade and the orange puffy coat. I'm not a guy with a fade or an orange puffy coat, but "Fuckin' Megabus" is my life motto, and Megabus 100% would leave you stranded in an industrial park in the middle of Indiana.

5. They are ridiculously low-tech about figuring out what/where the monster is because I forgot EMF meters existed, LOL. OH WELL.

6. If you decided you want to write a CYOA story, I suggest doing more outlining than this. This was not a smart amount of outlining: 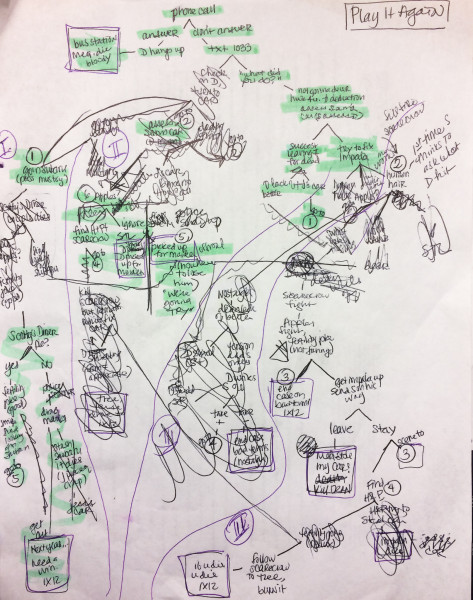 Because then you have this sheet of paper and you forget you had notes of lines/scenes in a digital note that you then proceeded to include absolutely none of. Gah!!
Collapse