I had my first day of teaching as an entire professor on Friday (though only one of my classes met; the real "first day" is tomorrow), so this weekend I washed all my sheets in anticipation of likely not having time to do that for the next 10 weeks.

I present to you my bedroom, which is my best unintentional impression of a room in the bunker--which is unintentional in that that's not what I was going for, but also that isn't that always what I'm unconsciously going for, just in my life? 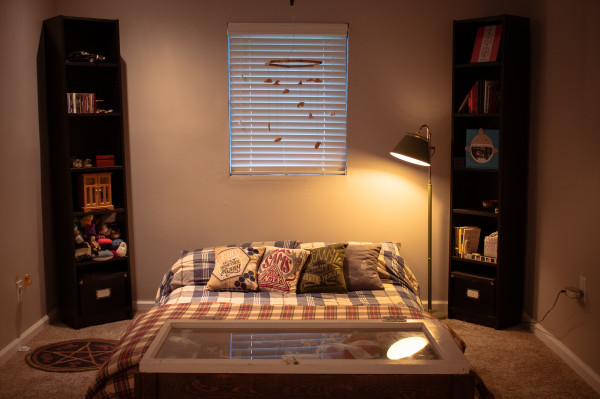 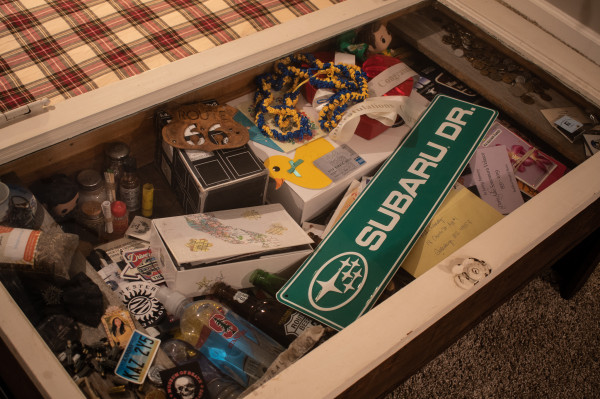 I bought those SPN pillowcases as a housewarming gift for myself when I first moved to Michigan in 2013, and I'm... pretty sure yesterday was the first time I've ever washed them. D: (The sheets and duvet covers, obviously, have been washed more often... I promise...)

Also happy to note that that curio table now has four legs! For the last three years it's had three legs and a stack of academic journals serving as the fourth. But before it went into the moving truck, I found some nails (literally some rusty nails sitting in a pool of water in my basement...) and put the fourth leg on. IT MADE IT INTO THE BEDROOM WITH ALL FOUR LEGS INTACT, so I'm calling that a win.
Collapse